This post has been more than 4 years since it was last updated.

The theme of Machine Learning is quite popular and sought after now. Machine Learning algorithms can figure out how to perform important tasks by generalizing from examples. This is often feasible and cost-effective where manual programming is not. As more data becomes available, more ambitious problems can be tackled. As a result, machine learning is widely used in computer science and other fields. 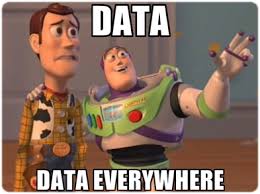 This article is intended for those who are just beginning to learn the methods and approaches to solve problems. We consider one of the simplest methods, it is the method of linear regression for text data and prediction independent features

Get prediction employees salary, based on the job description.

We have to predict salary for the two examples

Linear methods are well suited for working with sparse data, for example, when working with texts. This can be explained by a high rate of training and a small number of parameters, making possible to avoid retraining. Linear regression is one of the basic and most simple machine learning methods. The method is used to restore the relationship between independent and dependent variables.

Python and packages such as Pandas, SciPy, and Scikit-Learn, which realizes many algorithms machine learning.

Data are presented in DataFrame It allows us comfortable work with data. In total, the training set of 240 thousand records.

Before you start training, you first need to prepare the data because classifiers only work with numerical values.

Text comfortably encoded using "bag of words". It is formed as features of how many unique words in the text, and the meaning of each feature is the number of occurrences in the document corresponding to the word. It is clear that the total number of different words in a Text Set can reach tens of thousands, and it is only a small part of them will occur in a particular text. We can encode texts smarter. It doesn't record the number of occurrences of the word in the text, but TF-IDF. This figure, which is the product of two numbers: TF (term frequency) and IDF (inverse document frequency). The first is the ratio of the number of occurrences of a word in a document to the total length of the document. The second value depends on that word in the document how many samples. The more of these documents, the smaller the IDF. Thus, TF-IDF value will be high for those words that occur many times herein and in other rare. In Scikit-Learn sklearn.feature_extraction.text.TfidfVectorizer implemented in the class. Conversion training set needs to be done with the help of fit_transform function, test set with using a transform.

LocationNormalized и ContractTime features have string type, and we are not able to work with it directly. We used DictVectorizer to do binary one-hot (aka one-of-K) coding. It means one boolean-valued feature is constructed for each of the possible string values that the feature can take on.

Okay, we have got a matrix for fit.

Get forecast for two examples from file salary-test-mini.csv. We have to do Data Preparation for the test Dataset and predict new

There are easy way to predict variables.