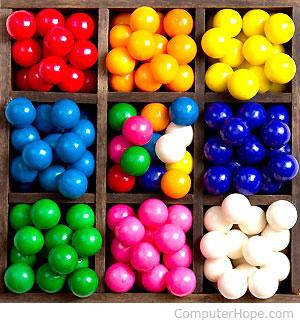 Sorting data efficiently and rapidly is one of the hot talk among the computer science engineers. Several effective algorithms are created to do so, yet more research are undergoing to reach the linear time mark. Today our discussion will be on strand sort, a not very well-known algorithm, is a time-based algorithm that you never hear about probalbly.

The generalize algorithm of strand sort is summerized below

Implementation in ruby as follows

Lets illustrate this with an example. Suppose

So now we will transfer the first item to sublist array

Traverse remaining items of input and if current element is greater than last item of sublist, move this item from input to sublist. Now

At this time we will add current sublist into output.

Merge sublist into output.akes advantage of natural runs in the dat

Last Recursive Call: remaining {1} first moved to sublist and then merged into op.

Shuffle Sort is a distribution sort algorithm that starts by emmiting the first one-eighth of the the items, sorting them recursively, and storing them in an array. This creates items/8 buckets to which the remaining 7/8 of the items are distributed. Each bucket is then sorted, and the buckets are then togethered. It actually shows the the limitation of strand sort in bigger data set. The average runtime of strand sort is O(n^2). So for fewer elements it works fine because it takes advantage of natural runs in the data. But this advantantage starts to vanish as the number of input data increases. J Sort concept uses strand sort for the data set of less than 40 elements. In Contrast Shuffle sort slices the data set into multiple chunks and sort them parallelly. it works in logarithmic complexity. Also strand sort need extra memory to work. So if the memory is limited in our system, it is advisable to check if it can fit or search for other algorithms to make it work.

Hope this helps Thank you