Microservices is an approach of developing an application by splitting it into smaller services, where each module run in its own process and communicating with each other in a lightweight mechanism. These services are independently deployed and fully automated.

Microservices is a new term introduced which changed the architecture of the software development, moreover, it changes the working culture of the teams the way teams work together.

Microservices architecture divides the complex application into smaller modules. This provides a number of benefits over the monolithic architecture.

Microservices architecture deploys independently increase of the other modules. Microservices take this approach to independent services. With microservices, we will easily be able to adopt technology more quickly and understand how new advancements may help us.

In short, the Microservices architectural style is an approach to developing a single application as a suite of small services, each running in its own process and communicating with light weight mechanisms, often an HTTP resource API.

These services are built around business capabilities and independently deployable by fully automated deployment machinery. There is a bare minimum of centralized management of these services, which may be written in different programming languages and use different data storage technologies. 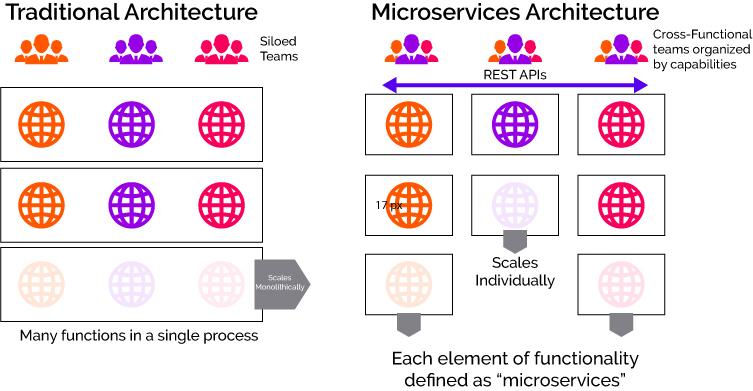 The most important benefit of the microservices is that it deployed independently of the other modules. In case if there is need to make changes to the module other modules remain unaffected. If one module stopped working then the application as a whole will not be affected only that one module will be affected.

The application which was broken down into smaller modules will be developed parallel to different developer work on different module and development of all the modules is parallel.

Need of Testing in Microservices

It is essential that a microservice application is built with an awareness of how it can be tested. Having good test coverage gives you more confidence in your code and results in a better continuous delivery pipeline.

As this is a new architectural approach so require a new approach of doing automated testing and quality assurance. New approach divides the specific layer of tests. There is five layer of tests that are performed over microservices - 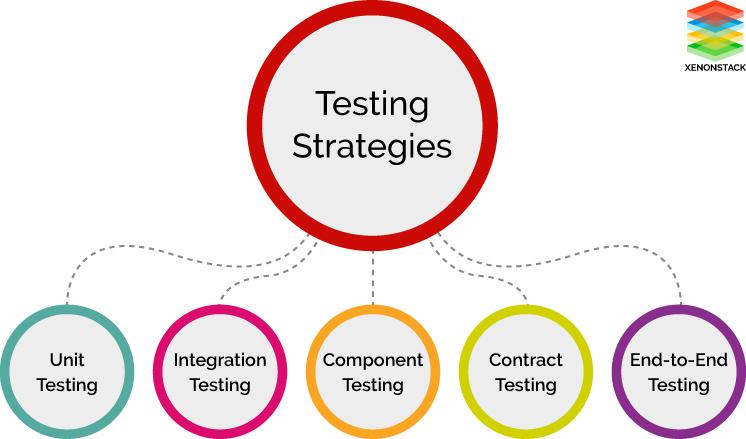 Tests a single class or a set of closely coupled classes. These unit tests can either be run using the actual objects that the unit interacts with or by employing the use of test doubles or mocks.

In Unit testing, the smallest piece of testable software is tested in the application to determine whether it behaves as expected or not. Tests are typically run at the class level or around a small group of related classes. In unit testing, an important distinction is seen based on whether or not the unit under test is isolated from its collaborators. 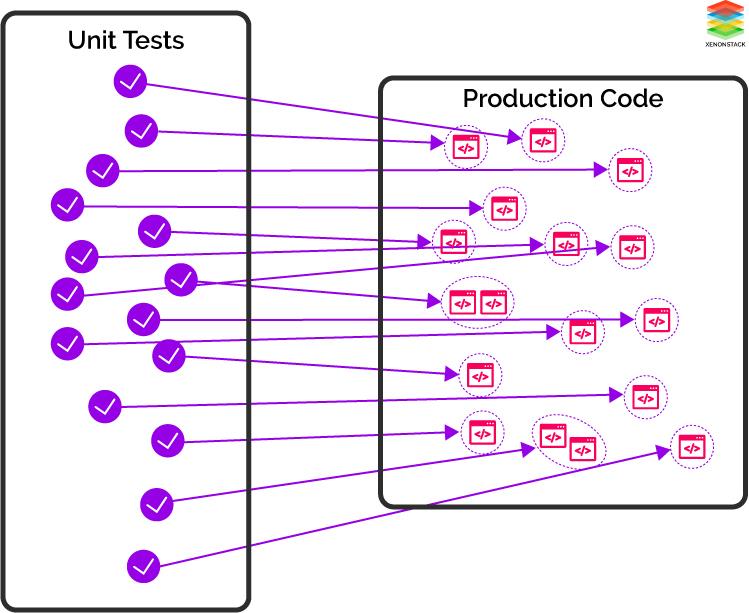 Unit tests are usually written by the programmers using their regular tools - the only difference being the use of the same sort of unit testing framework.

There is further two types of testing in Unit Testing

**Sociable Unit Testing **- It focuses on testing the behaviour of modules by observing changes in their state. This treats the unit under test as a black box tested entirely through its interface.

**Solitary Unit Testing **- It looks at the interactions and collaborations between an object and its dependencies, which are replaced by test doubles.

Unit testing alone does not provide a guarantee about the behaviour of the system. Unit testing covers the core testing of the each module, however, there is no coverage of the test when these modules collaborate to work together to interact with the remote dependencies.

To be sure about each module work correctly with remote dependencies finer coarse-grained testing is required.

Integration tests are used to test the communication between services. These tests are designed to test basic success and error paths over a network boundary.