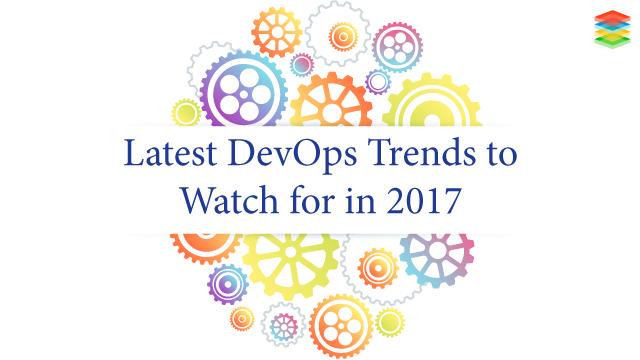 The traditional methods before DevOps were time-consuming and lacked understanding between different departments of software development, which lead to more time for updates and to fix bugs, therefore ultimately leading to customer dissatisfaction. Even to make a small change, the developer has to change the software from the beginning.

That’s why we are adopting such a culture, that allows fast, efficient, reliable software delivery through production. 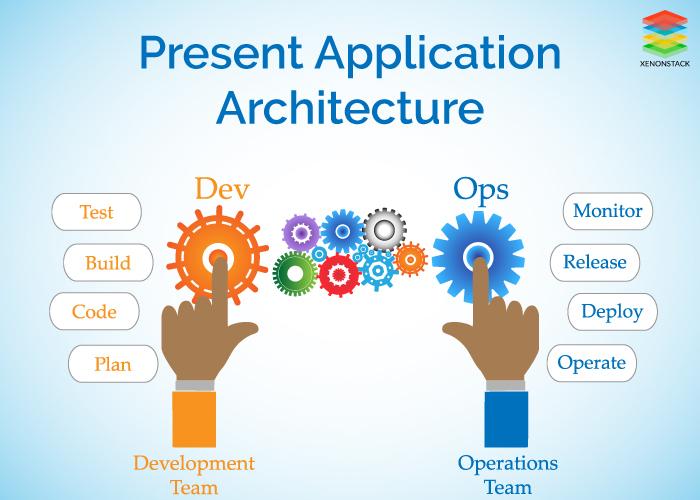 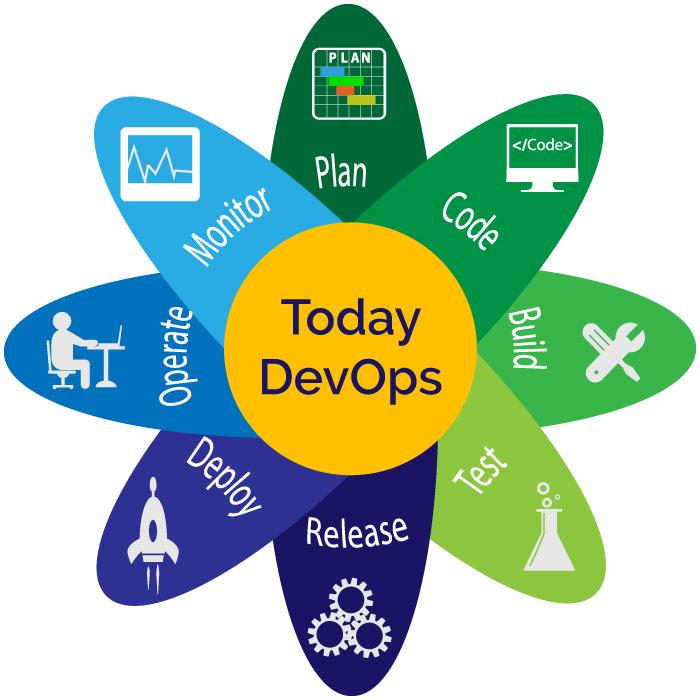 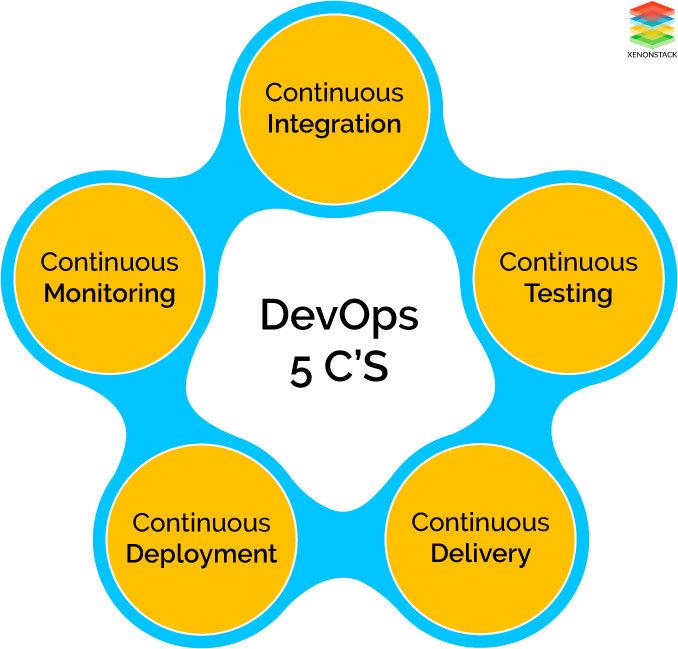 Along with Jenkins, we have more tools too i.e. BuildBot, Travis etc. Jenkins widely used because it provides plugins for testing, reporting, notification, deployment etc.

Continuous Testing is done to obtain immediate feedback on the business risk associated with Software Release. It's basically difficult and essential part of the software. Software rating depends upon Testing. Test function helps the developer to balance the quality and speed. Automated tools are used for testing as it is easier to do testing continuously instead of testing a whole software. Tool used for testing the software is Selenium

Continuous Delivery is the ability to do changes like including new features, configuration management, fixes bugs and experiments into production. Our motive for doing continuous delivery is the continuous daily improvement. If there is any kind of error in the production code, we can quickly fix it that time. So, here we are developing and deploying our application rapidly, reliably and repeatedly with minimum overhead.

Key Technologies and Terminologies In DevOps 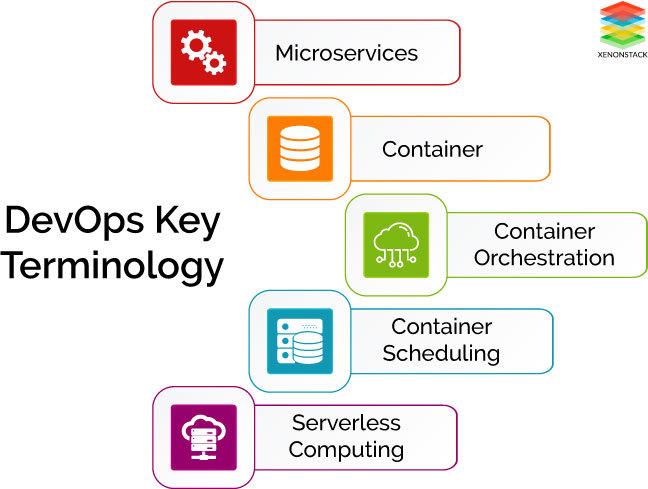 Microservices is an architectural style of developing a complex application by dividing it into smaller modules/microservices. These microservices are loosely coupled, deployed independently and are focused properly by small teams.

With Microservices developers can decide how to use, design, language to choose, platform to run, deploy, scale etc.

Microservices can be developed in variable programming languages.

Errors in any module or microservices can easily be found out, thus saves time.

Smaller modules or microservices are easier to manage.

Whenever any update required, it can be immediately pushed on that particular microservices, otherwise, the whole application needs to be updated.

According to client need, we can scale up and down particular microservice without affecting the other microservices.

It also leads to increase in productivity.

If any one module goes down, the application remains largely unaffected.

If any application involves the number of microservices, then managing them becomes a little bit difficult.

In production, it also leads to complexity of deploying and managing a system comprised of different types of services. 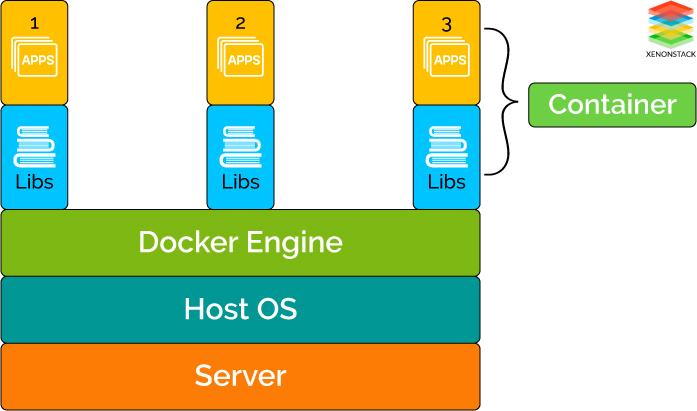 Containers create a virtualization environment that allows us to run multiple applications or operating system without interrupting each other.

With the container, we can quickly, reliably and consistently deploy our application because containers have their own CPU, memory, network resources and block I/O that shares with the kernel of host operating system.

Containers are lightweight because they don’t need the extra load of a hypervisor, they can be directly run within host machine.

Before we were facing a problem that code can easily run on developer environment but while executing it in the production environment, dependency issue occurs.

Then virtual machines came, but they were heavyweight that leads to wastage of RAM, the processor is also not utilized completely. If we need more than 50 microservices to run then, VM is not the best option.

Docker is light weighted Container that has inbuilt images and occupies very less space comparatively. But for running a docker we need a Linux or Ubuntu as a host machine.

Docker Hub - It's cloud hosted service provided by Docker. Here we can upload our own image or also can pull the images in public repository.

Docker Registry - Storage component for docker images Either we can store in public repository or in private repository. We are using this to integrate image storage with our in-house development workflow and also to control where images are to be stored.

Docker Images - Read only template that is used to create the container. Built by docker user and stored on docker hub or local registry.

Docker Containers - It's runtime instance of Docker image. It's built from 1 or more images.

Container Orchestration is Automated, Arrangement, Coordination, and Management of containers and the resources they consume during deployment of a multi-container packed application.

Cluster Management - Developer’s task is limited to launch a cluster of container instances and specify the tasks which are needed to run. Management of all containers is done by Orchestration.

Task Definitions - It allows the developer to define task where they have to specify the number of containers required for the task and their dependencies. Many tasks can be launched through single task definition.

Programmatic Control - With simple API calls one can register and deregister tasks, and launch and stop Docker containers.

Scheduling - Container scheduling deals with placing the containers from the cluster according to the resources they need and the availability of requirements.

Load Balancing - Helps in distributing traffic across the containers/deployment.

Monitoring - One can monitor CPU and memory utilization of running tasks and also gets alerted if scaling is needed by containers.

For Container orchestration different tools are used, few are open source tools like Kubernetes, and Docker Swarn which can be used privately, also some paid tools are there like AWS ECS from Amazon, Google Containers, and Microsoft Containers.

Some of these tools are briefly explained below: 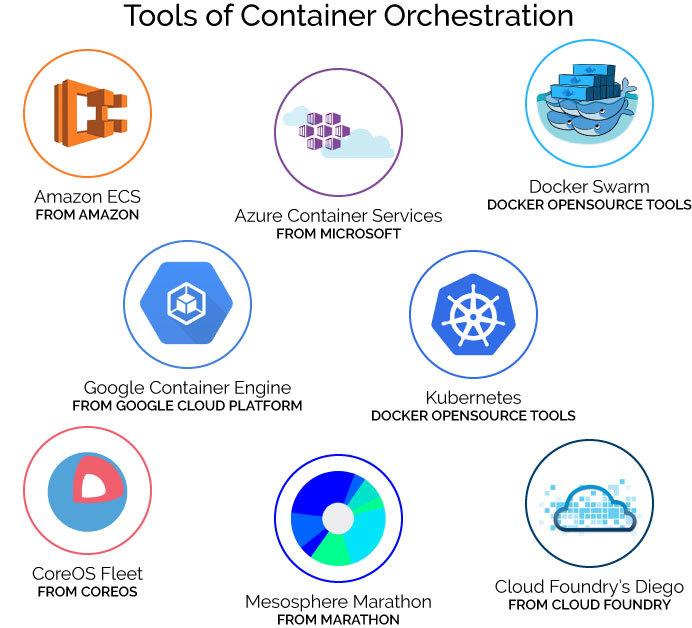 Amazon ECS - Amazon ECS is yet another product from Amazon Web Services that provides the runtime environment for Docker Containers and provide orchestration. It allows running Dockerized applications on top of Amazon’s Infrastructure.

Docker Swarm - It’s an open source tool, part of Docker’s landscape. With this tool, we can run multiple docker engines as a single virtual Docker. This is Dockers own containers orchestration Tool. It consists of the manager and worker nodes that run different services for orchestration. Managers that distributes tasks across the cluster and worker node run containers assigned by managers.

Kubernetes - Kubernetes is one of the most mature orchestration systems for Docker containers. It's an open source system used for automating the deployment and management of containerised application also according to user's need it scales the application.