In this tutorial we’ll learn how to create a chat client that communicates with a Socket.IO Node.JS chat server, with our native Android Client! If you want to jump straight to the code, it’s on GitHub. Otherwise, read on! 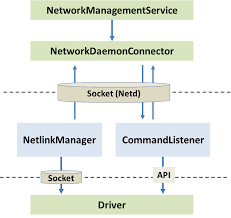 To follow along, start by cloning the repository: socket.io-android-chat.

The app has the following features:

Sending a message to all users joining to the room. Notifies when each user joins or leaves. Notifies when an user start typing a message. Socket.IO provides an event-oriented API that works across all networks, devices and browsers. It’s incredibly robust (works even behind corporate proxies!) and highly performant, which is very suitable for multiplayer games or realtime communication.

The first step is to install the Java Socket.IO client with Gradle.

For this app, we just add the dependency to build.gradle:

We must remember adding the internet permission to AndroidManifest.xml.

Now we can use Socket.IO on Android!

Two important lines are these:

The first line must contain the IP of your TCP server. The second line has to contain the port where it listens on for new connections.

The stopClient function is self explaining. It stops the connecting and sets the listener to null.

Now the real thing starts. The run() function. The run() function starts a thread. TCP connection is not allowed to be in the same thread as the UI since it can block each other and you will get a list of Android errors (and you Android app will crash).

This “Socket socket = new Socket(serverAddr, SERVER_PORT);” will create a new socket with the right IP and PORT. This socket will be used to make connection with the server.

To be able to read and write we have to create a PrintWriter and BufferedReader as you can see in the code below. It creates two instances, one to read and one to write. It’s easy as that

In this while loop, the thread reads the bufferreader until it has read a line or the buffer is full. If you want to send data piece by piece, you’ll have to add \n. The readLine() function will cut it off for you anyway! When the bufferreader has read something, it will call the messageReceived function. More information about it later in the tutorial!

Here we create the messageReceived function. We declare the interface here but the function must be called in the mainactivity in an asynckTask doInBackground.

In the mainactivitiy: Place this line where you would like to start the tcp code.

To stop, I advice you to use this:

This is to prevent you to call the stopClient when the client is not yet created. This will cause your app to crash!

Now I will try to explain the asynck task. I advice you to download it below.

The task has 2 functions. messageReceived will be called if you receive a message.

The onProgressUpdate is an important one. It allows you to update your GUI without blocking your application!

In this onProgressUpdate you can use all of the GUI changing function, for example, a textview can be updated with it’s “setText(string)” function.

From now on you should be able to set it up all by yourself. If you have any more question, do not hesitate to leave a reply!

This is demo simple about socket, and of course, it not main point of topic.

And the main wil be introduced in next tutorial: Using Android faye client to keep communicate with socket server. 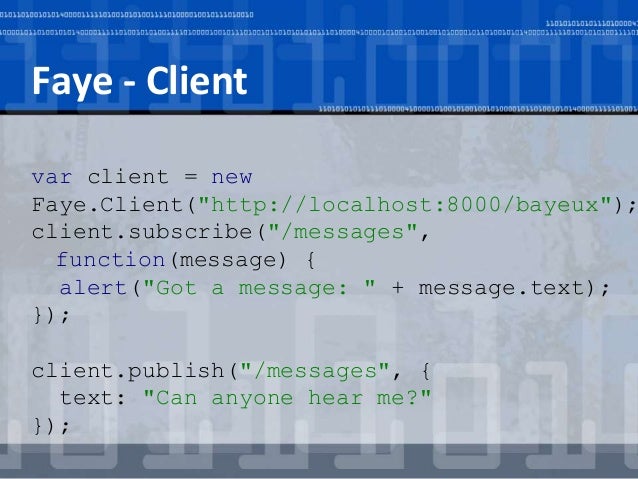