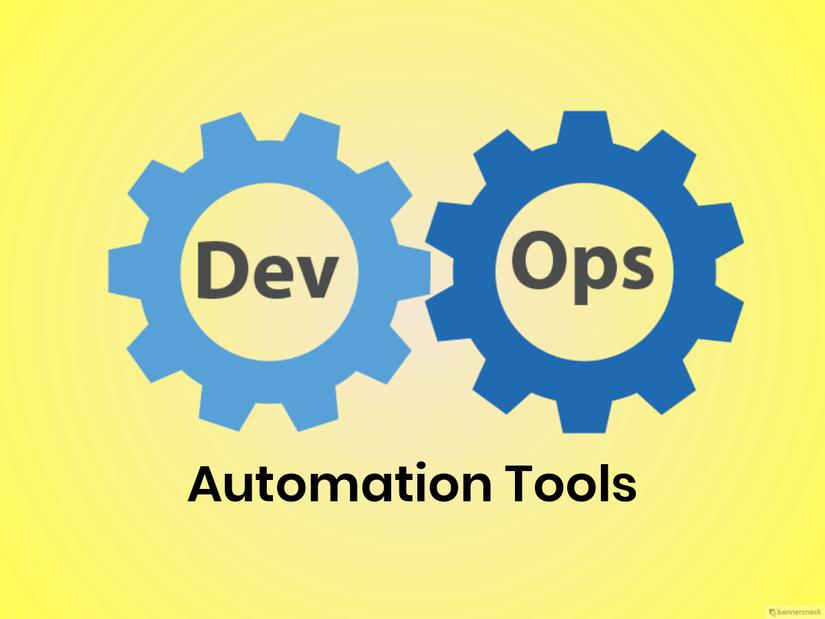 Many tools have been developed that helps in the development and operations of IT solutions. These automated tools enhance productivity by identifying breaks and security threats in real-time to minimize the time lost in restructuring. Also, there are a few of the automated tools that are easily available. Let us have a look at the popular 15 DevOps tools in the market.

1. Git: GIT is a DevOps tool that was designed by Torvald while maintaining a large distributed development project in Linux. GIT is extensively used in many of the large organizations as part of their developmental operations. It is a toolkit-based design with pluggable merge strategies and is compatible with existent systems and protocols. GIT gives you strong support for nonlinear and distributed development and allows efficient handling of large projects with cryptographic authentication of history. The best part of GIT is that it automatically accumulates garbage when enough of useless dangling objects have been created in the repository. GIT stores newly created files in a network byte stream called as packfile reducing the space required for storage which helps in real time for the developers.

2. SolarWinds: SolarWinds is another popular DevOps tool that helps to normalize logs to identify security incidents quickly and simplify the process of troubleshooting. SolarWinds has real-time event correlation and remediation that helps you to save time on production and this is one of its key pointers. SolarWinds has a license for 30 nodes to 2500 nodes. With file integrity monitors and out-of-the-box rules and reports for easily meeting industry compliance requirements, SolarWinds offers a great monitoring tool for IT management.

3. Jenkins: Jenkins is a continuous integration software tool developed in Java for testing and reporting on isolated changes in real-time on a larger code base. You would find many of the companies using Jenkins. It is one of the most widely used DevOps automation tool. Jenkins allows software developers to locate and solve defects or bugs in a code base much faster and to automate the testing of their builds. The use of a continuous integration allows constant feedback on the status and defect resolution as the development process itself thus avoiding many complex problems near the completion. For these reasons, Jenkins has always been the favorite amongst the application developers.

4. Vagrant: Vagrant is also a DevOps tool that allows building and managing virtual machine environments in a single workflow. It allows faster development of environment setup and increases productivity. It enables users to create and configure lightweight reproducible and portable development environments. Vagrant is compatible with Mac, Linux, windows and other operating systems allowing the developers to work in a familiar environment. Moreover, Vagrant can integrate with all existing configuration management tools like Puppet, Chef, Ansible etc. making it easier for the developers to use the same scripts to configure Vagrant.

5. PagerDuty: The DevOps tool PagerDuty is an incident management solution that supports the continuous delivery strategy and enables the developers to deliver high performing apps in a shorter period of time with enhanced accuracy. Its main features include real-time alerts that help to keep the developing team updated on the status which in turn this allows for faster detection of defects and triage ensuring the resolution of these defects on runtime. It allows full-stack visibility across development and production environments. PagerDuty supports event intelligence for actionable insights and allows visibility into critical systems and applications.

6. Prometheus: Prometheus is another very popular DevOps tool with developers using Grafana. It is an open- source monitoring system and time series database that powers the metrics and alerts for the developers’ team. Prometheus is built with a flexible query language for slicing and dicing the collected time series data to generate graphs, tables, and alerts. The notification and silencing in Prometheus are handled by the alert manager that is based on its flexible query language. Prometheus supports more than 10 languages and has easy to use custom libraries. It stores time series in memory and on the local disk with scaling through functional sharing and federation.

7. Ganglia: Ganglia is a DevOps tool that allows the developers to cluster and monitor grid capabilities. It is a scalable tool that is designed for high-performance computing systems like cluster and grids using tools like RRD, XDR, and XML. This scalable DevOps tool is a distributed monitoring system based on a hierarchical design that is targeted at a federation of clusters. Ganglia can achieve low per-node overheads for high concurrency and can handle up to 2000 nodes in a cluster.

8. Snort: Snort is an open source DevOps automation tool for security with an intrusion prevention system that is capable of real-time traffic analysis and packet logging. Snort is widely used with more than 5 million downloads and over 500,000 registered users worldwide. Snort performs protocol analysis and searching and matching contents. Snort can detect buffer overflows and send out a real-time alert. It can detect stealth port scans, SMB probes, CGI attacks, OS fingerprinting attempts, and other such attacks and probes.

9. Splunk: Splunk is one of the widely used DevOps automation tools that provides operational intelligence to developers. It makes machine data accessible and usable and provides actionable insights with data-driven analytics. Splunk has helped to make productive changes to companies making it more competitive and secure by delivering a central, unified view of IT services. With its capacity to detect patterns, adapt to thresholds, pinpoint areas of impact and highlight anomalies, Splunk has become a next-generation tool for monitoring and analytics solution. In fact, many MNCs, including IBM and TCS uses Splunk DevOps automation tool.

10. Nagios: Nagios provides world-class network, server and log monitoring that helps DevOps team to identify and correct problems during the development of software. With its accurate and real-time monitoring, Nagios has become the standard for IT monitoring tools. Nagios is applied in three major functions. Nagios log server helps in simplifying the process of searching log data. Nagios Network Analyzer helps in delivering an in-depth view of the network traffic sources and possible security threats to the network for gathering high-level information on network health. And Nagios XI monitors network infrastructure and protocols, operating systems, system metrics, services, and applications.

11. Chef: Another DevOps tool is Chef and it is used mainly for achieving speed, scale and consistency by automating the infrastructure which it converts into codes. This allows users to very easily and quickly adapt to their business needs. The main features of Chef are that it accelerates cloud adoption and manage data center and cloud environments. It can easily manage multiple cloud environments and maintain high availability as well.

13. OverOps: OverOps is a DevOps tool that helps in identifying why bugs occur and servers crash. It can easily identify why code breaks during production in real-time. After detecting where the code breaks it delivers the source code and the variable state that caused the break to the DevOps team to have it corrected. It proactively detects any errors that are introduced during deployment. This automated detection of the source code and variable state helps in improving staff efficiency and time of production which is sure to make your life easy. This timely detection and correction help in avoiding delays on release and utilize the saved time on productive work and hence an online production delivery.

14. Consul: Consul as a tool can be used as a DevOps tool as well as in application development. It is a distributed service mesh that connects, secures and configures any runtime platform public or private cloud. Consul DevOps tool allows to extend and integrate over provisions clusters on any infrastructure. This API driven DevOps tool can connect to services over TLS via proxy integrations and also serve TLS certificates with pluggable certificate authorities.

15. Docker: Docker is a very popular deployment stage DevOps tool that helps in containerization of an application in software containers so that it can work in a different environment without any issues. It is enabled by resource isolation features of Linux kernel and provides a user-friendly API. It is a lightweight tool that enables the running of more distros in the same machine. Using docker allows for a faster onboarding process and makes moving into existing builds much easier. The environment does not impact the development of the software and developers can run and debug the app much faster.