Python programming language has a firm hold on web development as it opens up newer avenues of development every day. The quintessential thing in Python web development is working with the Integrated Development Environment or IDE. There are popular Python IDEs which enable clear coding and debugging of the code. In this article, we will list out the top Python development IDEs for hassle-free coding. 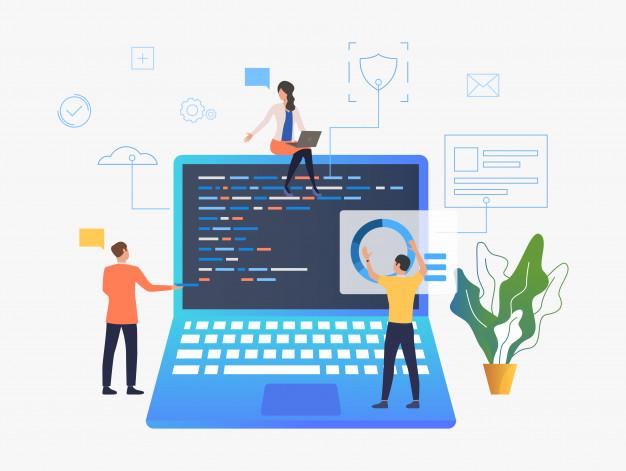 IDEs are much more sophisticated than regular text editors for writing code. They reduce the task of developers by automating debugging and compiling of code within an integrated framework. Overall, a good IDE simplifies the software development lifecycle and makes Python software development easy.

**Following are the most preferred 7 python applications IDE:-

1. PyCharm: One of the most praised IDEs for Python development, PyCharm is a cross-platform IDE which can be worked with on Windows, Linux, and macOS. A major feature of PyCharm is that it enables python developers to create custom plugins for extending the functionalities. PyCharm has smart code navigation which simplifies overviewing the entire code. It supports Coffeescript, JavaScript, CSS, and TypeScript.

2. Visual Studio Code: Another popular Python web development IDE is visual studio code. It is an open-source IDE and is based on Electron which uses Node.js to build feature-rich and powerful web applications. One core functionality of visual studio is that it enables you to debug the code for Python development in the editor. For additional functionalities, it enables adding new languages, debuggers and themes for applications.

3. IDLE: When you install the Python programming language, IDLE is installed by default. It is one of the most lightweight code editors which enables easily getting started with Python web development. It has the Python interactive interpreter, smart window, syntax highlighting, and basic integrated debugger. IDLE is an IDE with extensive functionalities which is good for beginners but isn’t efficient for big projects.

4. Eric: A favourite among Python developers, Eric is an IDE written in Python using the Qt framework. It functions with Scintilla and is also available as a standalone code editor for Python development. Its features include brace matching, code completion, class browser, and integrated unit tests. Even though Eric is a lightweight code editor, it can take beginners some time before they can master the IDE. It can help you with the code quality by providing continuous learning while coding for Python applications.

5. Spyder: Python development’s most scientifically advanced IDE is Spyder. It is an open-source Python web development code editor which is developed by scientists for data science applications and can be easily integrated with Matplotlib, NumPy, SciPy, Cython, SymPy and other data science libraries. It enables you to run Python code by cell, line, or file. A major feature is that it enables automatic code completion, saving precious time for Python developers.

6. Atom: Developed by GitHub, Atom is an open-source code editor with advanced Python development capabilities. It has a simple user interface which makes it easier for programmers to build Python applications. Atom users can create and publish their own packages. Package manager is integrated for plugins support. It allows cross-platform code editing for Microsoft, Linux, and macOS.

7. Thonny: The preferred Python development IDE for beginners, Thonny is the saviour for beginner Python developers. It is designed with a basic Pythonista scripting environment and can be used for building powerful web applications. It provides complete support for evaluating an expression. It automatically identifies syntax errors and allows you to edit the code without any hassle.

We build Python applications with dynamic IDEs to attain complete clarity and transparency in the coding process. It enables us to reduce the development time by nearly 40%.