Without any doubt, Ruby on Rails's still the hotest open source framework for web development. However, it doesn't mean RoR's perfect girl that all of guys wanna to date with. TeachEmpower has done a benchmark about web framework performance then RoR's position was the bottom of table. As a Rails lover, I want to figure out why Rails speed's so slow and find out the solution for this dark side. After some days experienced with Sequel, I has found the light at the end of tunnel.

There're so many article pointed out that ActiveRecord is one of reason contribute to poor performance of Rails. Someone has blamed it on ORM while other want to improve ActiveRercord performance by some precious tips which you can understand after at least over 5 years with Rails. Why we don't use another light weight ORM to replace ActiveRecord? The answer is Sequel, a rare project hasn't any issues yet on github (Good job, Sequel team!)

Different to ActiveRecord, a monolithic gem, Sequel is built based on modular architect when Core part contains just few needed functions and all others're kept in Extension/Plugins and used in necessary case. Because of this design, Sequel can run five time faster than Active record. 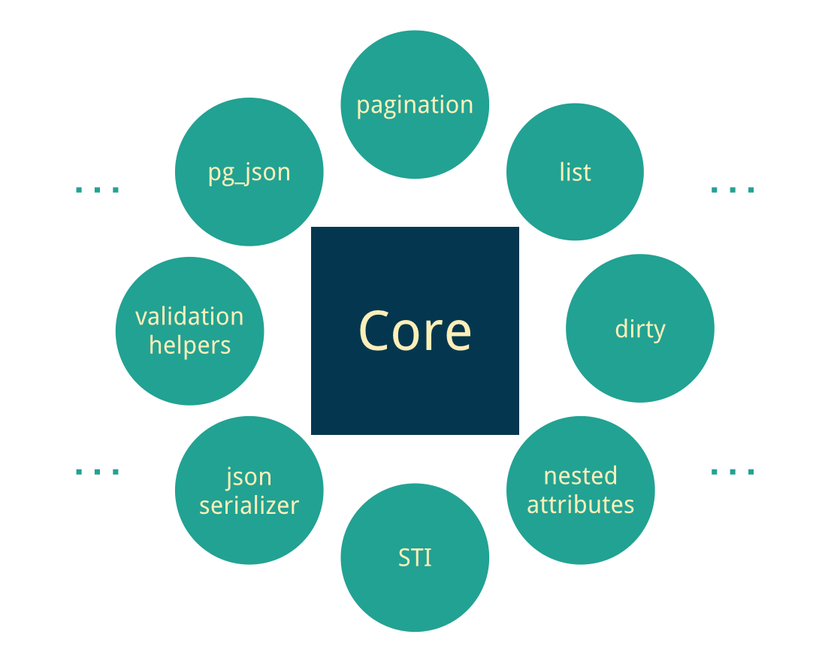 Besides, developer can increase flexibility by choosing suitable Sequel plugin or writing a separated module which can fit system's requirements. In this post instead of meantioning about the bright side of Sequel which has portraied in many blog posts(e.g http://twin.github.io/ode-to-sequel/) and comments on Github, I want to minimize the gap between Sequel and Rails developers who're almost familiar with ActiveRecord.

The first thing to do before bring Sequel to your life is elimiating everything of ActiveRecord. If you start a new project, let add -O or --skip-active-record params to your rails new command. If you want to get rid of ActiveRecord in existing project, let follow this:

It's notable that we don't have to remove config/database.yml and the next part will be shown the reason why we have to keep it.

Basically, Sequel is made for pure Ruby code so it doesn't fully support Rails stack as ActiveRecord. This's meaning that we have to setup Database from the starting point, manual generating migration files and create various tasks to do for migrating new data.

To make a shortcut, TalentBox team has made a terrific gem named sequel-rails which aim to bring Sequel close to ActiveRecord users. For installation, just add this line to Gemfile then bundle

To connect to database, a plus point for sequel-rails when employing config/database.yml and similary to ActiveRecord we don't need to change anything in configuration. This is the sample configuration for mysql

Before start geeking, let spend few minutes to do some stuff in config files to make Sequel become your new home for development. These setting can be placed in config/application.rb or config/environments/ when you want some specify some extra functions for each environment

Ok, I think now we almost done and we can start to enjoy Sequel

It's undeniable that ActiceRecord has provided a rich tasks working with rake command so sequel-rails gem has exploited this advantages of ActiveRecord. To print out all tasks that sequel-rails provides, let use rake -T or rake --tasks. And here're all tasks specific for migration

As we can see, it's bacsically same as ActiveRecord tasks so we don't need to change the habit when working with migration. About migration files, when entering rails generate migration create_users, a new migration file's created follow timestamps format which's similar to ActiveRecord. Now let dig into content of migration files

Sometimes changing's deeply paintful, especially with something that belongs to soul but it's not imposible. Let take my posts as a reference for using Sequel in Rails until it replaces completely ActiveRecord in next versions of Ruby on Rails.