Visual Studio Code is gaining popularity now amongst web developers around the globe. In fact, VSCode tops the latest Stackoverflow 2019 Survey for Most Popular Development Environments. VSCode offers features like;

It also offers support for popular languages such as PHP, C++, C#, and of course, Ruby.

I am Ivan Ray Buglosa, a Ruby On Rails developer from Sun* Philippines, and I've been using VSCode since I started writing codes 3 years ago. This article will mainly discuss how to configure a Ruby-on-Rails-ready Visual Studio Code...

VSCode has a lot of third-party plugins that you can use to boost your productivity. I've listed some of the extensions that I'm currently using below or you can also visit VSCode Marketplace and browse for additional extensions. 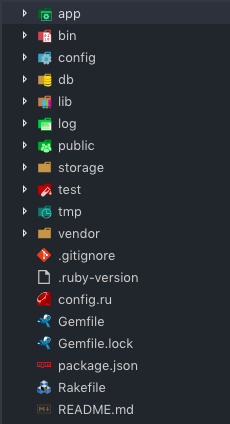 VSCode-icons automatically detects the file extension and directory contents in your project file structure and adds an appropriate icon. It's just a simple extension but it does help organize your project structure.

You can open user settings by ⌘+, and search include languages. 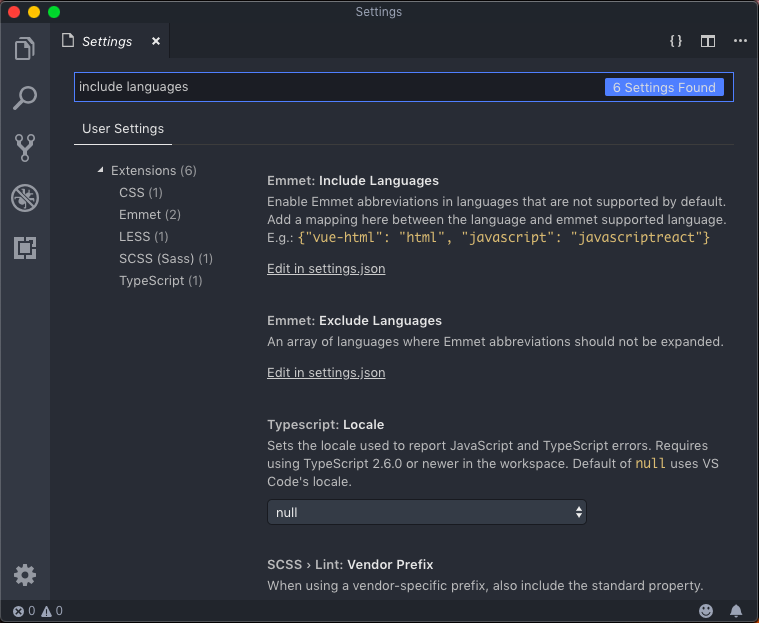 Click the Edit in settings.json to customize the laungages in emmet. And add "emmet.includeLanguages": {"erb": "html"} in the settings. 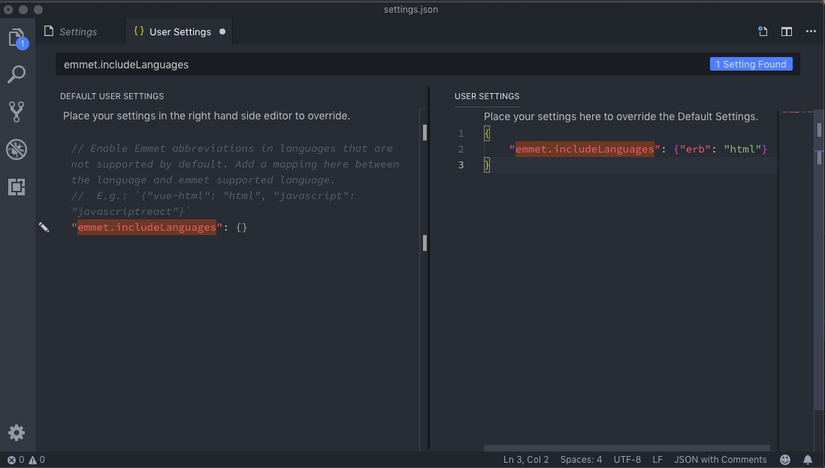 This will enable the auto-close tag for ruby related files.

Any rails application is automatically initialized with git, so if you're working alone or in team, the integrated terminal will surely boost your coding process. Code and commit in one app.

You can open the terminal by following the image displayed at the top or ⌘+backtick for mac or Ctrl+backtick for windows.

The integrated terminal provides features for debugging, git, and console commands. You can develop Ruby applications and run it immediately in the terminal. 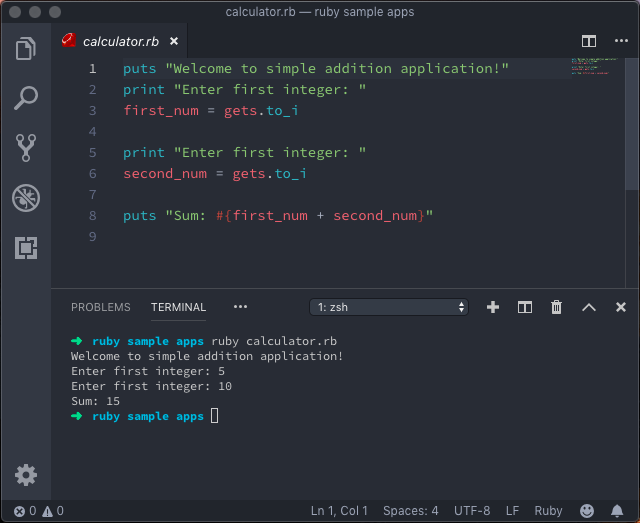 By default, VSCode terminal will automatically use the default shell in your computer. I recommend using git bash if your using either windows or mac but if you really want to go advance, you can install Oh My Zsh! which offers more unique features like git-branching mechanism and dynamic theme for your terminal. Oh My Zsh is currently only available for mac. 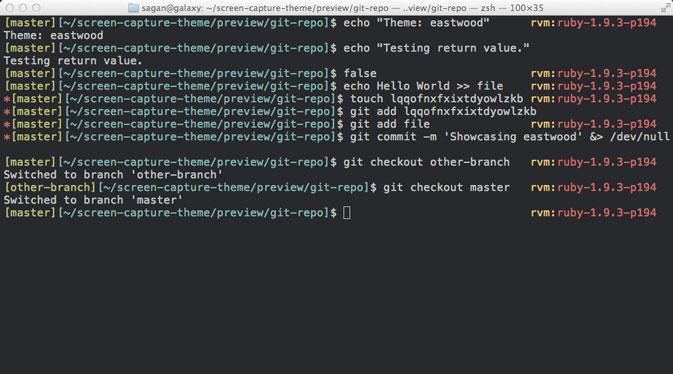