a. How Objects lost owner

2. What is retain count? 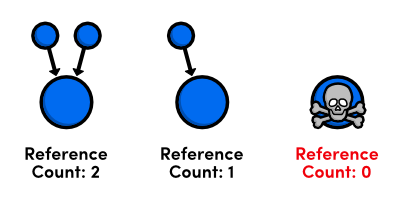 3. Property variable. Which should you for specify job

After declaring the property with the @property directive, you can call these methods as if they were included in your class’s interface and implementation files

b. The getter= and setter= Attributes

If you don’t like @property’s default naming conventions, you can change the getter/setter method names with the getter= and setter= attributes

The generated accessors are now called isRunning and setRunning. Note that the public property is still called running, and this is what you should use for dot-notation:

The readonly attribute is an easy way to make a property read-only. It omits the setter method and prevents assignment via dot-notation, but the getter is unaffected.

h Other Attributes The above @property attributes are all you should need for modern Objective-C applications (iOS 5+), but there are a few others that you may encounter in older libraries or documentation.

4. Retain/Release /Autorelease pool and how to check object is released or not.

The following rules are enforced by the compiler when ARC is turned on:

6. Retain cycle and how to avoid it.

In xcode go to "open develop tool -> instrument". We will see like this : 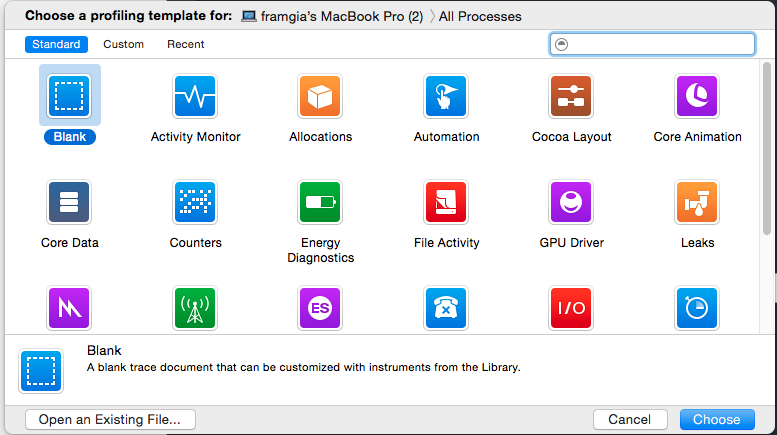 I usually use 2 tool to check memory issue a. Leaks : There’s one great automated tool to help you check your app for leaks. I will have other post to guide about this tool b. Time profile :