Linear Regression with One Variable

now we see the model representation: 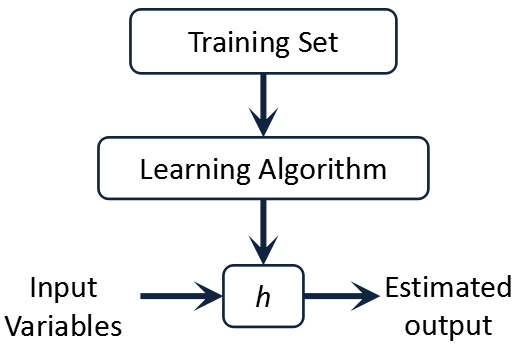 There are many tipes of hypothesis function. But we take the general hθ(x)=θ0+θ1x You can simply realise that it is similiar to the y=mx+c. so θ1 is the slope of line. We give to hθ(x) values for θ0 and θ1 to get our output y. In other words, we are trying to create a function called hθ that is trying to map our input data (the x's) to our output data (the y's).

we can make a random guess about our hθ function: θ0=2 and θ1=2. The hypothesis function becomes hθ(x)=2+2x. 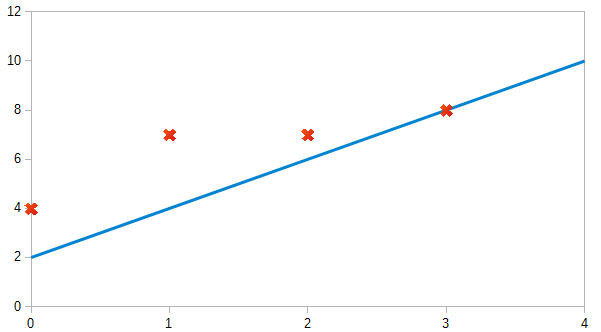 The red crosses indicate y's and the blue line is our hypothesis.

So for input of 1 to our hypothesis, y will be 4. This is off by 3. Note that we will be trying out various values of θ0 and θ1 to try to find values which provide the best possible "fit" or the most representative "straight line" through the data points mapped on the x-y plane.

We can measure the accuracy of our hypothesis function by using a cost function. This takes an average of all the results of the hypothesis with inputs from x's compared to the actual output y's.

This function is called mean squared error. This mean is halved as a ease of computing gradient descent, as the derivative term of the square function will cancel out the 1/2 term.

We start with simple hypothesis hθ=θ1x. After plotting graph of parameter vs cost function, we will get something like this 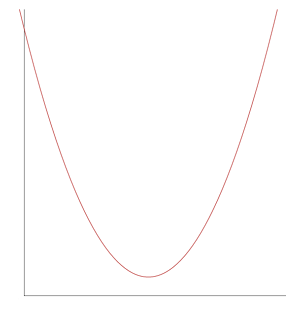 so our main target is to find the local minima for that curve. That means for parameter on that least point error is also minimum. The same can be done for higher level of degree for hypothesis function. Eventually we will get something like this 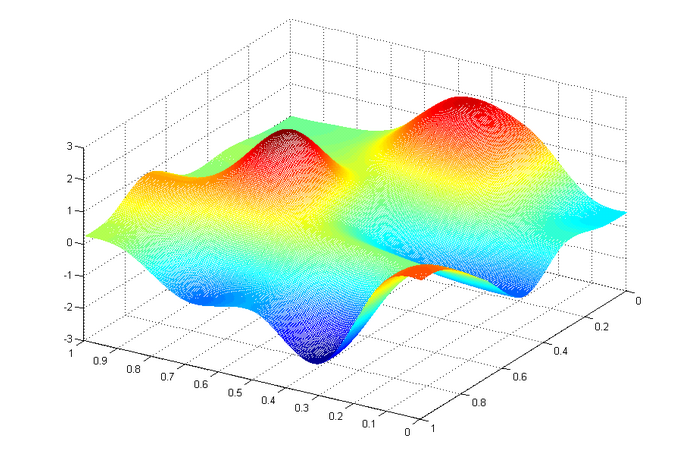 If we start from any arbitrary point on the graph and apply gradient descent, we will reach a minima eventually.