Angular Elements is enabled to support content projection with the help of web standards for custom elements. 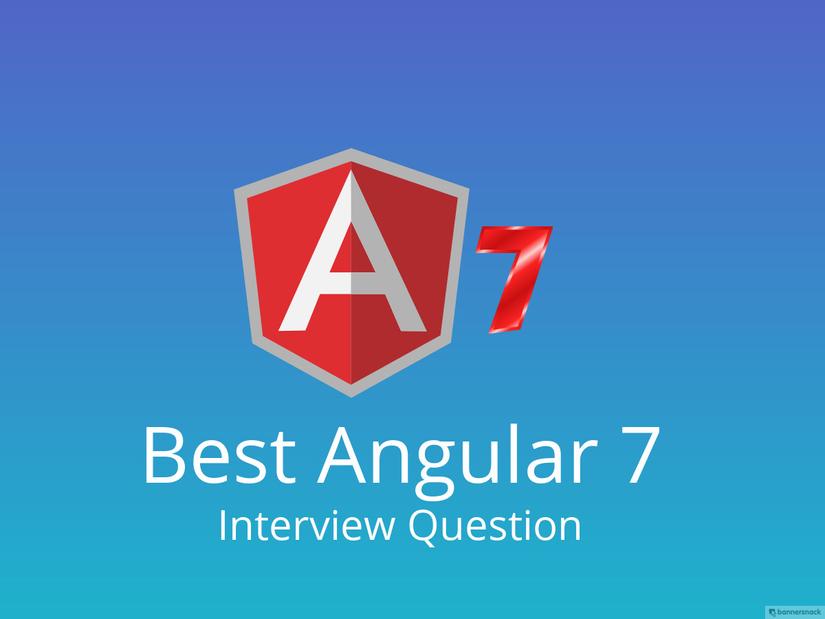 Angular Material Gets Minor Updates Angular Material got better in the display that gives it an elegant look in the new update. Moreover, it also added a new homepage for the material, material.io. In this, you get tooling, design guidance, development components and stay up-to-date with the latest news.

If you are using an Angular Material v7 then you observe a visual difference as library make changes to itself with the updated version of the Material design.

Better Accessibility for Selects In the updated version, it includes a lot of new features to enhance accessibility for selects. It adds a new feature of the native select inside mat-form-field. It is far better and outperformed than the mat- select.

Both the select and mat-select are available so you can choose what you want to do.

Virtual Scrolling The Component Dev Kit (CDK) is available in the market with the great virtual scrolling capabilities that the user can apply by importing the ScrollingModule!

A safeguard has come into play for the users of Angular 7 It gives a portent to new application builders when they are crossing the budget with their bundle size. The warning occurs on 2 MB whereas an error occurs over 5 MB. But you don't need to frighten. You can change the limits simply in your angular.json file. The thing you have to do is add in a bit about the warnings and error sizes with budget details.

2. What is IVY Renderer? Is it supported by Angular 7?

Angular will be releasing a new kind of rendering pipeline and view engine.

The purpose of angular view engine is to translate the templates and components that we have written into the regular HTML and JavaScript so it is easy for the browser to read it comfortably. Ivy is believed to be splendid for the Angular Renderer.

Yes, it is supported by Angular 7.

3. What are the Core Dependencies of Angular 7?

Core Dependencies There are two types of core dependencies: RxJS and TypeScript.

RxJS 6.3 RxJS version 6.3 is used by Angular 7. It has no changes in the version from Angular 6

TypeScript 3.1 TypeScript version 3.1 is used by Angular 7. It is the upgrade from the version2.9 of Angular 6.

Bazel is a test tool just like the Make, Maven and Gradlen and it is an open-source build. Bazel utilizes the readable and high-level build language. It handles the project in a great number of languages and builds the product for a large number of platforms. Moreover, it supports multiple users and large codebases over several repositories.

6. How to generate a class in Angular 7 using CLI?

Create a class using below code:

Where name refers the name of a class.

Options refer to the project name, spec value in Boolean or type of a file

7. How can you create a decorator in Angular?

There are two ways to register decorators in Angular. These are: $provide.decorator, and module.decorator

8. How can you handle events in Angular 7?

There are various methods to handle events in Angular 7. These are:

3. **Key event filtering**: Every keystroke is heard by the (keyup) event handler. The enter keys matter the most as it provides the sign of the user that he has done with the typing. The most efficient method of eliminating the noise is to look after every $event.keyCode and the action is taken only when the enter key is pressed.