Before investigating Ionic, you need to understand Hybrid Apps. What's it mean ? What's diffirent about Hybrid apps and Native apps ?

Native apps are what typically springs to mind when you think of an app. You dowload them from App Store or Google Play,they sit within your device's application and you launch them by tapping their icon.Specially, these apps can using all of features on your device (like as : camera, take a picture, get pictures, google maps, contact, take a phone call,v.v....).What distinguishes native apps from the alternatives mentioned is that they are designed and coded for a specific kind of device.For example , iPhone apps are written in Objective-C, Android apps in Java, etc. Each mobile platform offers developers their own development tools,interface element and standardised SDK.This should enable any professonial developers to develop a native apps relatively easily.

Somewhere between native and web apps you’ll find hybrid apps. They are usually quicker to build (and thus cheaper) than native apps, but a step-up from what you can expect out of browser-based web apps. Is the hybrid app the best of both worlds?

You can find on google and have many articles were mentioned it.For example,it's on Wiki :

Ionic is a complete open-source SDK for hybrid mobile app development. Build on top of AngularJs and Apache Cordova,Ionic provides tools and services for developing hybrid mobile using Web technologies like CSS,HTML5,and Sass (I've written in previous my articles on viblo, you can read on Sass). Apps can be built with these Web technologies and then distributed through native app stores to be installed on devices by leveraging Cordova.

In this article, I'll show you guy the steps to setup environment,creating, write and run apps using Ionic Framework with the way is best of the fast and simple. The advantages of Ionic are :

Now, We've install and setup environment for using Ionic.If you dont know or not work with AngularJs, please read this article : AngularJS for beginers

First, you login on https://nodejs.org/ saving nodeJS to your computer (note: using version <= 4.0, more than is not available for support Ionic). Then installed, open console and enter : npm install -g cordova ionic Wait for 10 minutes,everything is installed, We've develop with Ionic

Here, I'll create application into folder have name is ionicApp, to make app you using cd to point in folder that you want to install, then enter ionic start sampleApp tabs (make an application have already tabs functional) 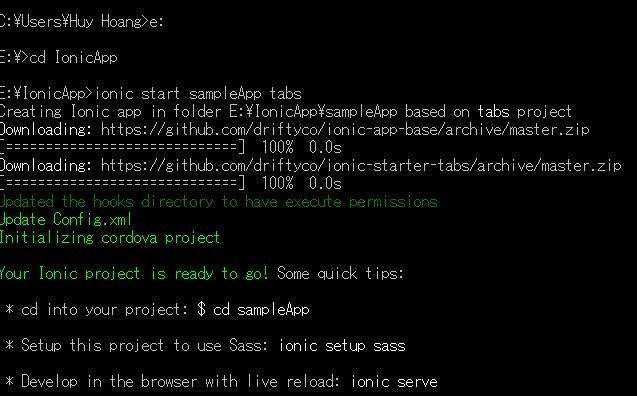 To test running app, you must be cd into folder contain sampleApp app , enter ionic serve to running app on web. 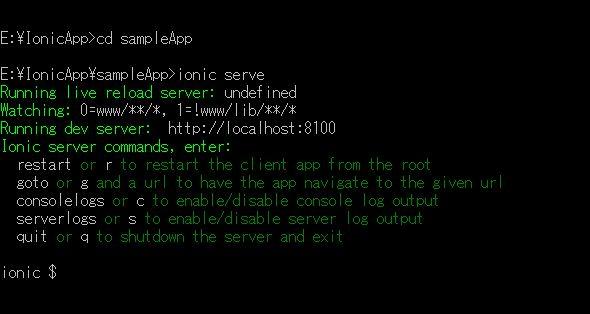 We can resize browser , or use Chrome Developer Tools to see the app how is displayed on mobile and can touch all of tabs and scroll with this app. 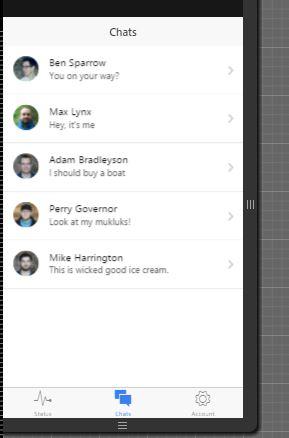 All code of application will be in sampleApp/www, just have HTML,CSS,Javascript, you should using Sublime Text to open the folder for easy customize. However, AngularJS using rounting and template, app have some screens to saved on templates folder. You try to custom file tab-dash.html.Ionic is supported live load feature because when we edit file, so app will be auto refresh and do not F5 run again.

To be continues with console,we use command prompt like as to upload app to server's ionic ionic upload.Therefore, you will get app on AppStore and use ionicview to see how your app is running ? 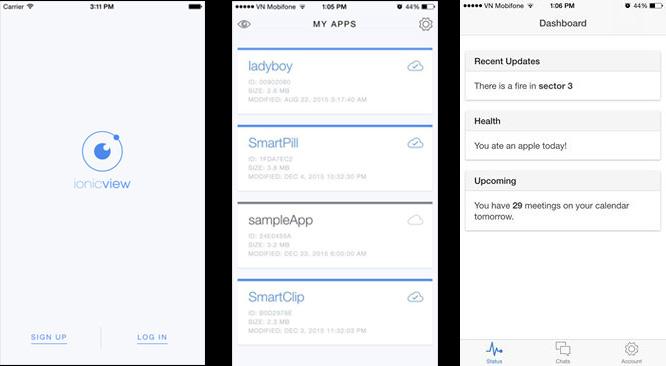 Moreover, if you want to build your application to be apk file,you can choose one of these way :

In this article, I've showed the follows to setup Ionic Framework and using apps with Ionic,