Not a long time ago I faced a project dedicated to the FRP – ReactiveX, and its implementation with Swift – RxSwift. From what I had to face, the most difficult part is completely different building of code. With my experience in imperative programming, it was difficult to change myself to start thinking in new way. But I had to learn this and I don't regret night time spent 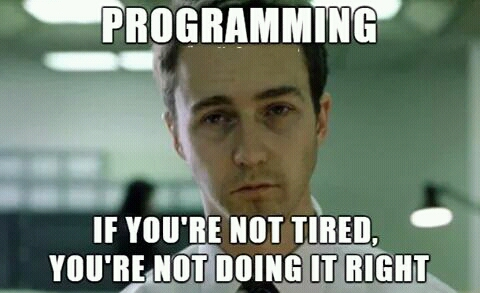 So in this post, we’re going to start with simple examples to understand FRP.

The main things in RxSwift are Observable and Observers.

An Observable is something which emits notifications of change. An Observer is something which subscribes to an Observable, in order to be notified when it has changed

This is example of how to implement Observer. Observable won't start execute code, while Observer will not subscribe on it.

Variable is something which store value, and emits notifications of this value change. asObservable() method helps to create Observable from a Variable. In order to change value of Variable, you must refer to .value property Example of how Variable works: this will always print:

it can never print:

Like I said before, when Observable is creating, it must return Disposables for release this Observable.

When deinit() is called on the object which has a DisposeBag as a property, the bag is “emptied” and each disposable Observer is automatically unsubscribed from what it was observing. This allows ARC to take back memory as it normally would.

Without a DisposeBag, you’d get one of two results: either the Observer would create a retain cycle, hanging on to what it’s observing indefinitely, or it could get deallocated out from under your object, causing a crash.

If immediate cleanup is required, You can just init a bag again.

Also you can create your own Disposable, which will execute when Observable dispose.

Sometimes we need to multiple Observers share events from only one Observable.

For handle past elements that have been received before the new subscriber was interested in observing, we will use for that replay takeLast(n), replayAll(), replay(n)

As you can see subscription1 start and print 6 numbers, and after this moment subscription2 have subscribed and start print from 0. This two subscriptions have two differents observables. For share replays the best solution is shareReplay(), it's like combination of this functions replay(1).refCount()

As you can see two subscriptions have one shared observable. That's all for now! You can download this project here. Good luck! Be reactive!