React With Ruby On Rails

Other Meaning React is a javascript library for building user interface (UIs). Some people use it as the V (View) in MVC (Model View Controller).

With React was built to solove one problem: building large application with data that change over time. It means the complex application that updates every time as Facebook, Twitter, Dropbox, NetTLIX, react can handle it very easy. Because with react have:

React have been developed by Facebook engineer. It does not use only facebook but it has been used by other famous company around the world as: PayPal, Instagram, Airbnb ...

In React, it allows us to solove problems by creating components. If a component gets too complex, we break it into smaller, simpler components. You can see with example above, we share components of that page to smaller component: Component Detail Movie, Component Mediaplayer, Component Recommend and Component Footer.

What Is a React Component ?

A simple meaning we can understand in react, a component works similary to javascript functions: It generates an out put everytime it is invoked. 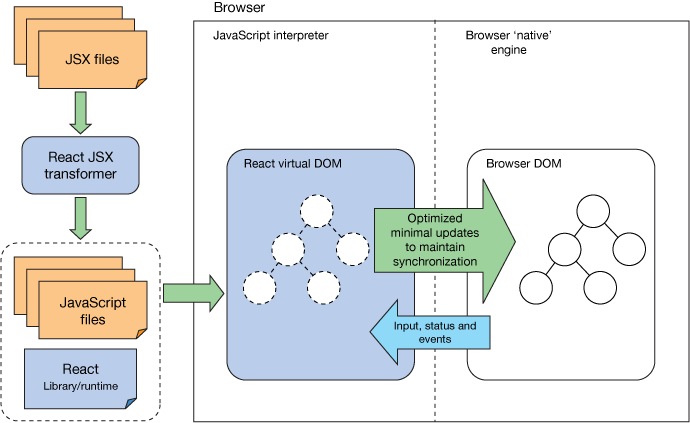 It means you just write your code in your component (javascript code) that extends React Component will generate components from virtual dom to HTML. It spends to 3 steps of the thing, that you can see it below:

How to apply it on Ruby On Rails

Now let's begin it with Rails application, we will create new application:

switch to folder new_with_rails, to use React with Rails application, you need to add gem react-rails into your application.

The react:install generator will automatically include the react JavaScript library in your asset pipeline

Like JQuery and the rest of the JavaScript libraries, react and react_ujs are included in the asset pipeline. The components folder in the assets/javascripts directory is where we’ll store our components. Speaking of components, these are the building blocks of the React framework. They’re used to separate the different sections of a user interface and are structured in a parent-child relationship, similar to the way nested AngularJS controllers work. How let's start with hello world in React, now we need to create controller and view in rails by the short code rails g controller statics

and to show this in your view, you need to add code below into app/views/statics/index.html.erb

The react_component is part of react-rails. In this case, it’s used to put the component named HelloWorld from the components folder in the assets directory into the view. 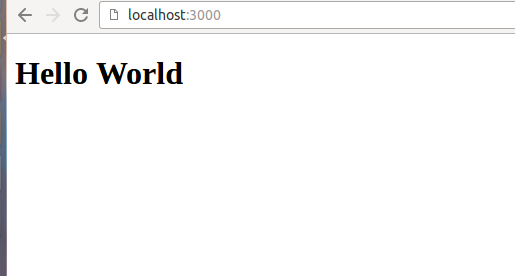 How let's start to connnect react with model in rails. we create new model call it movies,

Now it's time to populate our database with sample data.

After that we need to run rails db:seed. How can we show 30 movies in view by using react that query by rails application. To handle this thing please follow us, now we create controller movie.

For using result query rails in react we need to use result of query in rails as json and in react we use the ajax to get result json from rails, so we need 2 step this:

To convert result of rails from controller to view as 'json' we want to introduce you about one gem it is called gem "responders", add it into gem file

and then run bundle install, In app/controllers/movies_controller.rb we put method index.

and in routing the controller

Now you can test it by link below:

We will receive result as this: 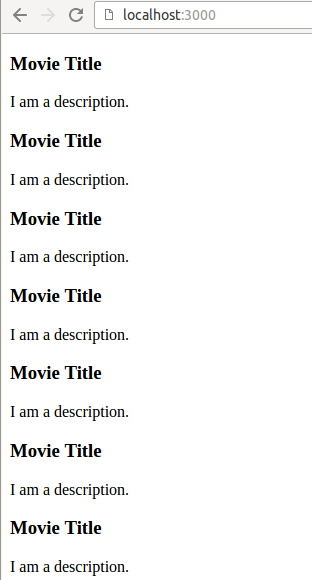 In this article, just sample how to use React in rails application, and if you want to see more advance about React, please follow our next article. We will show you how to use Component Life Cycle. We hope that this article will help you guy if you are beginner with React in Rails. code this article