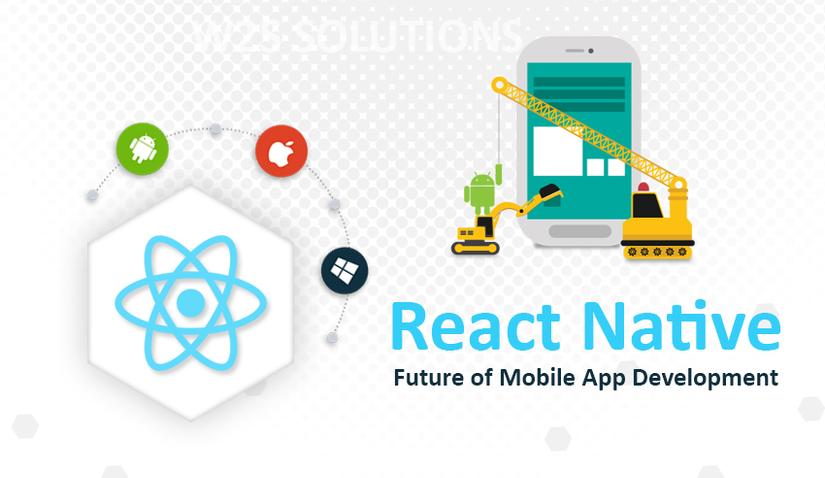 Mobiles apps abound. There’s no end to the fierce competition that keeps brewing in the modern business world. Business organizations and entrepreneurs are at times perplexed with finding the right solution for amplifying their mobile app’s presence – currently, the question is whether to create apps that provide enhanced user experience or build ones that are quick in development and are capable of running on multiple platforms. While this can only be answered based on the user requirements and their business perspectives, cross-platform framework is the natural choice of companies and developers these days, React Native being the mostly chosen one.

Significance of React Native Framework in Contemporary Mobile App Ecosystem The framework that uses JavaScript for building a hierarchy of UI components to create mobile applications, React Native is enriched with a collection of features related to iOS as well as Android platforms. Moreover, it has a native feel and look.

Being the native version of the popular JavaScript library – React JS, React Native is maintained by the developers of Instagram and Facebook. Since its inception some 2 years ago, React Native has been gaining growing popularity among mobile app developers. It has now attained distinctive a rank among GitHub’s most starred projects of all time. The fact that the term ‘React Native’ finds more searches than even ‘iOS development’ or ‘Android development’ says a lot about its importance and following today.

What Does The Future Hold for React Native? With the ability to build a hierarchy of UI components for building JavaScript code, React Native framework proves to be the effective option for businesses to take a high fly in future.

As the developers’ community in future will be always looking for such great tools that enable developing robust apps and nimble development cycles, React Native will help in quickly uploading apps and giving a smoother feel to them. React Native allows developers focus on a wider marketplace and thus facilitates huge profits; there’s no wonder that large organizations are set to shift their view toward React Native.

React Native has been growing at great pace; its adoption may at one stage even be more than Swift or Kotlin for app development. In future, this development is about to mark a huge shift from the hitherto traditional mobile app development.

The following are a few of the factors that make React Native to be quoted as the Future of Mobile App Development:

Cross Platform Compatibility Offering cross platform development, React Native eases the work of developers. Developers are enabled to come up with complete and full-blown apps that look, feel, and run like native ones, with no platform-specific code.

React Native facilitates fast development of mobile apps. This open source project has a lot of components for use; development time is slashed by around 25 to 30% by using React Native. Read More..