Python is a general-purpose, versatile and popular programming language. It's great as a first language because it is concise and easy to read, and it is also a good language to have in any programmer's stack as it can be used for everything from web development to software development and scientific applications.

Beside self-training the basic concept on Python such as: variable, class, data type, ... To give you guys the first look on what Python look like. I wanna show you a traditional sample code which help student calculate their GPA, take a look!

Show me the code! 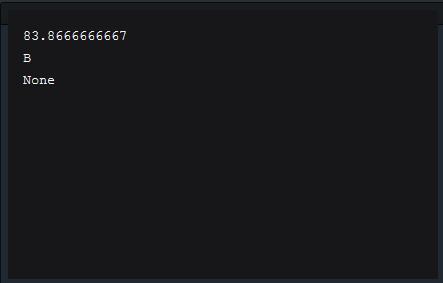