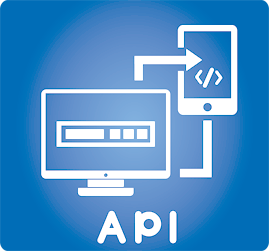 A few day ago when I do a short review on rails 5 new feature. And one of those feature which interested me is rails api, so I take a little time to read about it. Today I am going to share all about what I know on rails and show you how to use it. But, what is web API?

A web API is an application programming interface (API) for either a web server or a web browser. It is a web development term is usually provide limited data to its client-side. Data format can be JSON, XML or whatever format follow the user requirement.

2.Why use rails api?

We can can build a web api from many differences web technology like RAILS, PHP, .NET.etc. It is depend on which technology you are good at. Todays, I am going to talk about using RAILS to build web API since I am familiar with RAILS.

There are many difference way to build a web API by using RAILS such use some gem link rails-api, jbuilder, grape, rabl .etc. And all of those are really great gem for provide json or other format data need for their client. However, I am talk only rails-api in these article since it has merged in to rails 5. There are some reason which make rails-api is great for build a web API because it is:

I want to build a mobile app which use for show the information of plants such as name, scientist name, group, and description .etc. Moreover, user also can add new plant in database, comment, and rate from their phone.

Since I want to build mobile app only, but I need a place where I can keep and shared my data to all device which installed my app. Therefore, we need a web API which provide some json data for our app, and I am going chose rails as my web api since I used to know rails before.

On the time I write this article rails 5 has not officialy release yet. Therefor, in this demo I am going to use rails-api gem instead. So let get start:

rails-api generate will skip some not use file such as style, script and views to minimum the size of our project. 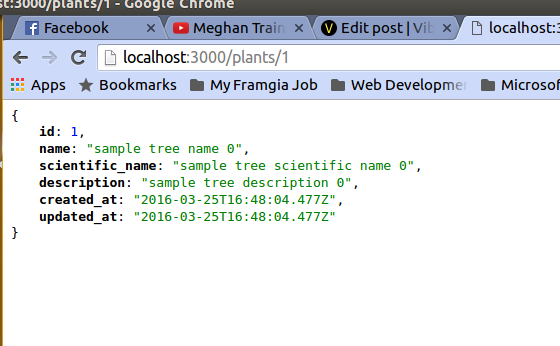 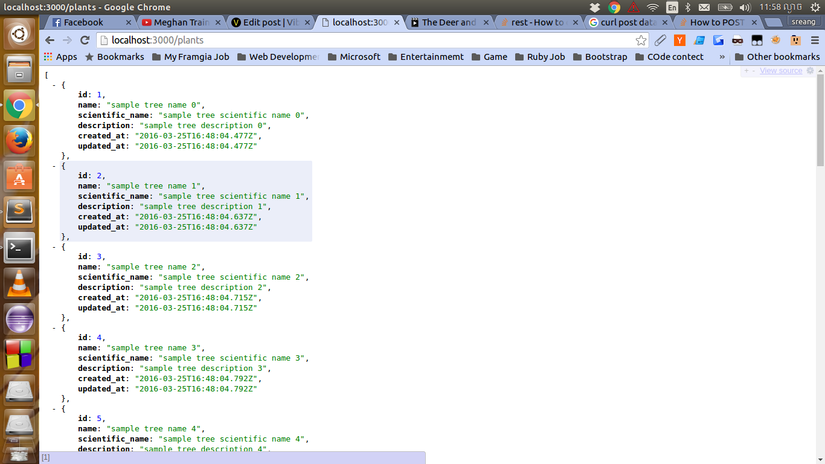 In this article, we start from definetion of web api, and vary technologies which we can use to build web api application. Then we talk about the reason why we should use rails 5 new feature which is rails api to build web api only. After that, We give you a scanario which web api is needed for providing data. Finally, we guide you on how to set it up. We hope after finish read this article, you have an idea of what/why/when is rails api good for you.