In this post, we look at react with webpack inside rails. We will do that using react_on_rails gem.

Why the react_on_rails gem! The key difference with react-rails gem is that,

Hence it gives us a lot more power at the cost of installing and managing a few extra things and most of the power comes from using webpack.

So what is webpack! It is a module bundler. It is a tool for processing and bundling our assets in convenient chunks serving them efficiently to the client. It can automatically find all required dependencies. Convert our JSX and es6 codes to es5 and concatenates our assets into bundles making sure all the codes loaded in the correct order. But because it is so powerful, it can be very confusing specially when you are a begineer. You can get lost studying everything about webpack. So for the purpose of this lesson, we're simply going to see how the react_on_rails gem sets up Webpack for us.

Lets start with react_on_rails app. Assume that you have nodejs installed in your pc. You can ckeck the version like as

Than add the react_on_rails gem to your gem file and install it.

Before running the generator, the gem requires us to commit all our changes.

Now we will run the generator

This will create a bunch of files, directories and add some configurations to our app. We can run the app using foreman.

Forman is a gem to run app where we have more than one process to run at once. We tell foreman what process to run in a procfile. In our case, we need to run rails as well as webpack . The react_on_rails gem generated a procfile that called Procfile.dev. Lets run the foreman using the following command

The Procfile.dev file has two processes: The web process will run on port 3000 and the client process will do a cuple of things. First, it deletes all files under public/packs/ directory and than require the webpacker.yml in the bin/webpack file.

If we look at the webpacker.yml file, we can see a lot of configurations here.

That is briefly the default setup that react_on_rails do for us. If we go to the source_entry_path that is inside the javascripts/packs/hello-world-bundle.js file:

Here you can see the gem is using the ES6 syntax by default. First it imports ReactOnRails from the react-on-rails. This is the javascript api of the gem. Than it imported HelloWorld component from ../bundles/HelloWorld/components/HelloWorld path. Finally it register it with the gem api. This is how react_on_rails able to use a component from a rails view. 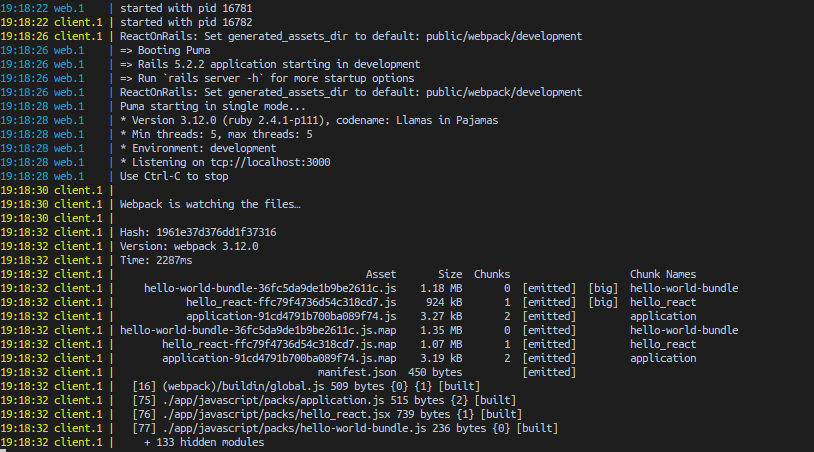 Lets look at the package.json file: 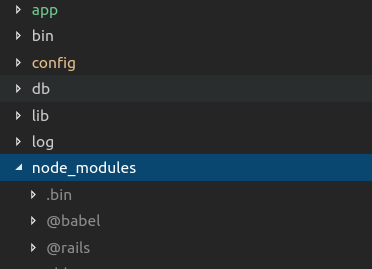