Encryption is the process of converting data into other format, then only people who have a secret key (formally called a decryption key) or password can decode the encrypted data into original information.

The encryption methods has long been used by military and governments for their secret communication. And till now, it commonly used for protecting information on many fields especially when we transfer data through the internet.

In this article I am going to pick two encryption methods as an example of message encryption ROT13, and XOR encryption.

Let's run our method it in the terminal: 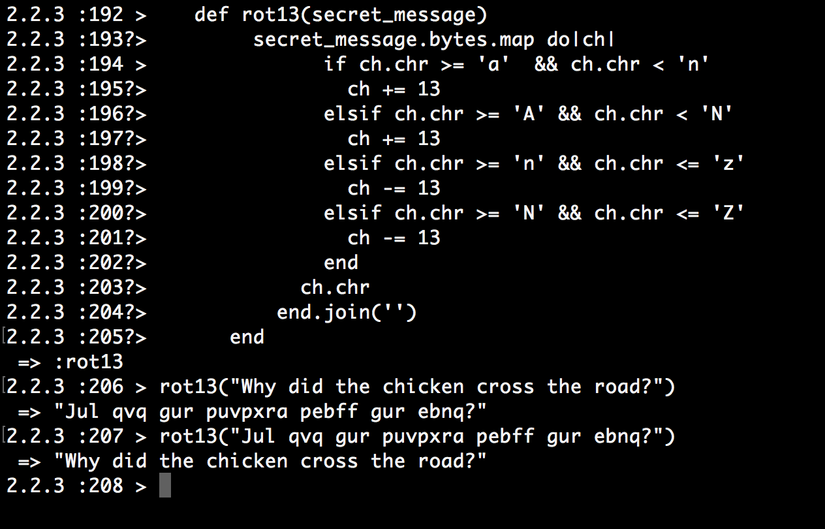 Let's run our code it in the terminal: 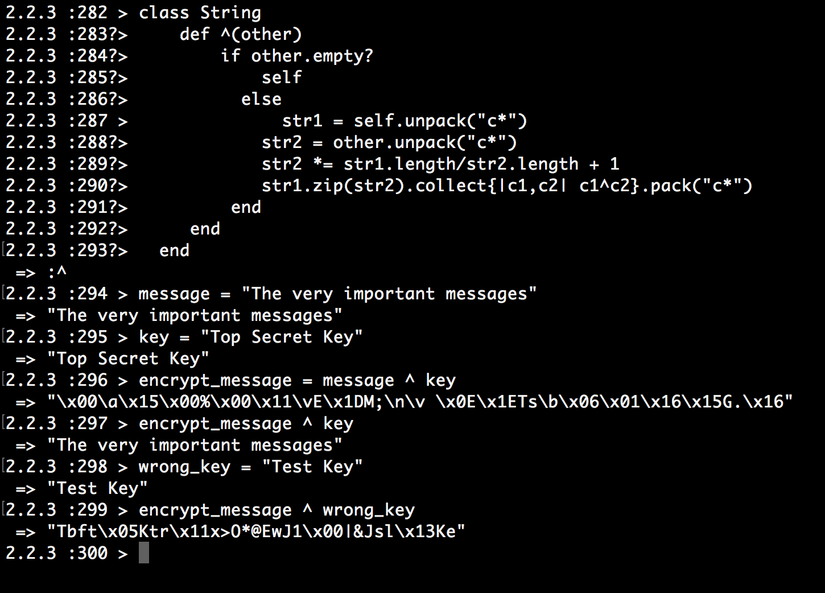 Encryption is a good way for protecting our data from unauthorized access. There are many methods for encrypting the data and many languages for implementation the encryption. However, even your data is encrypted, it doen't mean that your data is safe since the technology nowaday always go forward.