In order to achieve that, command ignores package.json contents and runs installation only for versions locked in package-lock.json file. In case those 2 files conflict with each other, it will throw an error.

In addition, it ignores contents of node_modules and removes directory if it exists.

All of that allows to use the command on environments which require fastest execution: CI systems.

Note that NPM 5.7.0 contains a serious error and must not be used.

In order to run the tests let's use the following configuration: 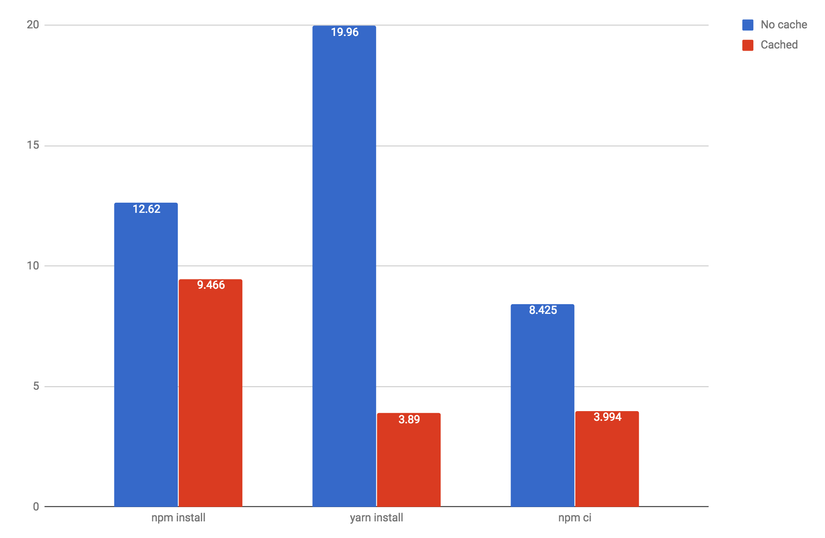 As you can see, npm ci gives the best performance on dry-run and almost same performance as yarn on cached run.

The release of NPM 5.7.1 is still marked as Pre-release, however it gives very promising results and is definitely worth trying if you experience serious delays with your CI systems.